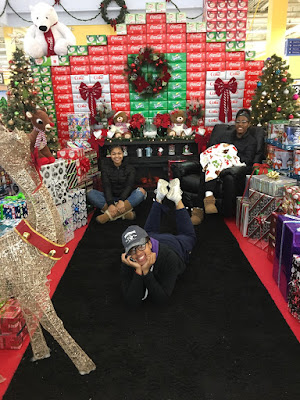 Monday, Nov 14th: It was regular a regular day at school. I had freshman lunch, so only some of my close friends had lunch with me, it was fun and full of laughs. At the end of the day we had a rough practice, transition work, and conditioning, boxing out, and a lot of running in various forms. Went home did HW and worked on my core for about 30 mins before bed.

Tuesday, Nov 15th: reg school day; I did hang out with "gang" (my eight closest friends) which includes KP and Val before practice, which is not a usual thang. In practice we had strength and conditioning on the upper body I bench:45. After it was all said and done, when i got home around 8pm I took an ice bath. I did some studying for about an hour and was on face time with one of my friends until I k.o'd.

Wednesday, Nov 16th: I woke up a little fatigued today. I should have eaten some steel cut oatmeal but I didn't, I ate bacon egg and cheese on a bagel instead lol. The school day was cool and i took notes as i always do and tried to stay awake in history. Today in practice we did a lot of running, I thought our coaches were trying to kill us! Lol When Ingot home I still did my push ups in sets. "It only counts when it hurts" Muhammad Ali~

Thursday, Nov 17th: practice fought through strength and cond workout
Lower body. Got home took a shower and passed out on the couch. Nothing else to report on this day! G

Friday, Nov 18th: We had a half day of school. So seven of us went over to KP's (Kania Pollock) house as she had to pack her bags because our team was headed to Albany for some scrimmages. Val headed home to pack her bag and then meet us at KP's house. My mom was in my ear because we were taking too long and she wanted to get on the road. We still had had an hour train ride from Queens to Harlem. So I blamed my friends because my mom was mad; Bintz and Perocia were trying to ruff me up (play fighting) but KP handled them, Lml. It happened again as my mom yelled at me and this time Val was present, so the situation was under control. KP, Val, and I did not arrive to my house until around 5:45, at that point my mom was livid but she said we would have to wait for the traffic to slow down so we left for Albany around 6:30 PM. The ride was smooth we watched Love and Basketball on the TV's in the truck. We all did some HW at the same time while reciting several parts of the movie. We checked into the hotel then went to Walmart to grab some snacks, water and Juice. We took a Christmas pics while in Walmart. Curfew was 11pm, we were in four girl suites; Val and I shared a room. By the time we got back from Walmart we showered and went to sleep.

Saturday, Nov 19th: we had breakfast as a family at 9am, and we were out and ready to play at 12:30. Our team played two scrimmages back to back; we played well although in the beginning during the first scrimmage we were playing very slow and not running any of our offense of sets. However we picked it up, but I have to say our defense was on point. After the scrimmages we had some food and went to see UAlbany vs Boston University, it was a cool game. When we got back I went to my moms room to take a much needed ice bath, while KP and Val were in the room playing cards with our other teammates.

Sunday, Nov 20: Our team played one scrimmage vs the home team Bethlehem, which is a decent team and we played well. I mean coach Jo, yelled when needed but I was very impressed with how we played offensively and defensively. I ended just shy of a quadruple double, but I need that during the season when it counts, We headed home after that, I did HW in the car and took an ice bath and talked on the phone, best friend Bryanna Brown was coming home from college, so I was chatting with her, and then some of my school friends. I did some push ups and went to sleep thinking Monday, practice is going to be a killer.  No pain No gain💪🏽

Signing off.. til next time

Posted by www.gthingbasketball.com at 3:38 PM