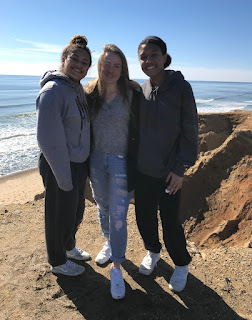 Hello Basketball World, I'm Back With The 4th Week Of My Diary.

Monday: Today I woke up and got ready school. My first period class was Calculus. We took a quiz on ingrands and antiderivatives of trigonometric functions. My next period class was English. We continued our study of Moby Dick, while exploring the overarching theme of how people relate to the ocean. We used our journals to write an analysis of our prediction to how the story will end. After lunch, I had a Spanish tutoring lesson. My teacher is from Ecuador and we skype once a week, typically during my free periods. After School, I had basketball practice. During practice, we primarily focused on conditioning and defense. Following practice, I went to the dining hall to eat before heading to my dorm. After taking a shower, I finished the night with completing my homework.

Tuesday: On Tuesdays, I have full schedule with all my subjects. My most favorable classes today were Biology and History. In Bio, we started a new chapter focusing on gene expression along with transcription and translation. In history class, we had  discussed the Dred vs Scott case, along with other events leading up to the civil war. After school, I had practice. Tomorrow we have a a game, so we focused on offensive sets. These next couple of games are extremely important because they can greatly impact where SG is in the playoff standings. Following practice, I went to the dining hall to eat before heading back to my dorm. I did not have a lot of homework so for the rest of the night I helped one of my friends prepare for her chemistry test.

Wednesday: Today I only had three classes; Chemistry, Bio, and History. In chem, we began a new chapter on equilibrium and reviewed material that we learned in honors chem. In bio, we began our final project for the trimester. I have to do extensive research on cystic fibrosis and at the end of the term give a presentation on the genetic disorder. In history class, we watched a documentary on the condition of the  northern and southern states as they headed into civil war. Following class, I prepared for my game against Milton at 3:45. We ended up winning 57-41, and I had 24 points. Our game was a double header with the boys, so I stayed after to watch their game against Milton at 5:00. After their game, I went out to dinner with one of my AAU teammates to a Mexican restaurant in Middletown. When I got back to my dorm, I took a shower and completed my homework for the rest of the night.

Thursday: On Thursdays, similarly to Wednesdays, I also have three classes. In my Calculus class, we had taken a chapter five test on derivatives and antiderivatives of trig, logs, and typical functions. In my bio class, we continued our study of gene expression, while also exploring points of mutation in cells. In English, we read and annotated new chapters in the story. Following school I had practice. During practice, we primarily focused on defense and our closeouts. Following practice, I went back to my dorm to shower and order chinese food.
I finished the night, working on a chemistry lab report.
Friday: Today, in the morning, I had another skype lesson with my Spanish tutor. We had decided to double up this week, because last week we did not meet. Following the lesson, I went to my history class. We continued watching the documentary that we had started on Wednesday. After History, I had chemistry. We finished our crystal violet lab, which was done to determine the rate law expression of crystal violet when it is mixed with sodium hydroxide. My last two classes of the day were calculus and English. Following school, I had practice. Tomorrow we have a game against St. Marks, so we focused on our offensive sets run against a zone defense. Following practice, I went to dinner before heading back to my dorm. To finish the night I took a shower and completed my homework.
Saturday: On Saturdays, I have three classes; Bio, Chem, and History. In biology we continued working on our final projects. In chemistry, we continued our study on equilibrium constants and forward/reverse reactions. In History, we finished the documentary that we started Wednesday. Following class, I prepared for our game against St. Marks at 1:45. We ended up beating them 53-46, and I had 18 points. Following the game, my team took showers and packed our stuff to go to New york. This weekend we are spending two days at our manager’s house in Long Island. To get there, we took three ferries and drove for about 2 hours. Once we arrived, we ate dinner and watched a movie for the rest of the night.
Sunday: On Sunday, we had team breakfast before heading out into town. We traveled to  a state park and then went to lunch at an Italian restaurant. Later on that night, we all went out for frozen yogurt and finished the night watching  the movie A Star is Born.
Posted by www.gthingbasketball.com at 4:52 PM