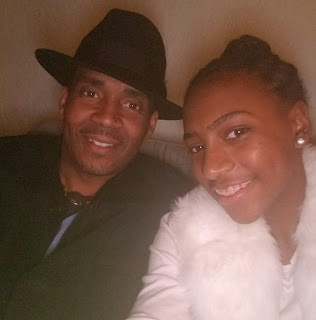 
I am excited to bring you another great edition to my Diary of a Female Baller. This is my 7th entry. Hope you enjoy it!!!


Monday 1/1/18
The first day of a new year was a pretty good year. Since I was at my uncle's house for a New Years party, I didn’t get back home until about 2 am. I had a great time at my uncle’s house. There were alot of family and friends at the party. I hung out with my cousins. When I woke up I went to get a bagel which was good. After that, I went to the gym to workout. It was a good workout, I was able to work on my weaknesses and my strengths. The gym was pretty much empty so I was able to use the full court. After I worked on my shot, I went downstairs to use some of the machines to do my strength workout. My brother is still home from college, so we worked out together. I got a lot done on New Years day.  My cousins went back to Florida. It was cold outside as usual. This winter in my opinion is one of the coldest winters that I can remember.

It was my last day off till school started again. It was a bit of an uneventful day. I worked out with my trainer. He put me through alot of new drills. It’s a pretty hard workout but I know that I am getting better each time I work out with him. We also do alot of conditioning work at the same time. He has been running me alot lately but its all good. The hard work makes the games come easy. After the workout, I went to get something to eat. Once I got home, I went to the gym to get some strength work done with my brother. We worked on different muscles today than we did yesterday.

Wednesday it was back to school. It was a good day especially since I had gym and I got to see my friends again. After school, I got all of my homework finished. It was cool. After school I went to the gym to play in a few games. Many of the high school boys were in the gym playing games of 5 on 5. Since I got there late, I had to wait for the next game. I picked my team and we won 5 straight games. When I was finished working out I went to practice with my school team. My team practice, against the boys team again, was good. The boys did not want to guard me. We got a lot of things done.
Thursday 1/4/18

On Thursday it snowed. Wednesday I thought that it wasn’t going to snow that much. But it ended up snowing an awful lot. Since it ended up snowing a lot everything was closed. So I just did some strength and conditioning stuff in my house. I spent almost the whole day in the house. I watched a few movies with my brother. It was a good time. After a while, I got tired of being in the house, so I went outside and played in the snow a bit. I tried to make a snowman but it’s not as easy as people make it look.


Friday 1/5/18
I had school again. Since there was snow I figured we wouldn’t have any school like a lot of schools but instead we ended up having school. After school I went to workout with my trainer which was good. We did some ball drills and I got alot of shots up. We also worked on a few new shots that I can add to my game.

I had to get up early to take a high school admissions test. The test took about 3 and a half hours. The only thing was that while we were taking the test the  alarm went off twice and they had to shut it off. It took them awhile to do it but they said that even though the alarm was going off the test would not stop. After that I went to my house and stretched which I need to do more often. When I was done with that I went to the gym to get warmed up for my game. It was a home game and I was pumped. When the game was over my family and I went to drive to get something to eat but it turned out the place was closed so then we went to another place where the food was very good. We sat and ate and laughed alot. We always have a pretty good time.

I had to get up early to go workout with coach Walter Welsh(Iexcel). It was a good workout. There were about 3 more girls this week than last week. All of the girls are playing in their High School season right now. We went over some old stuff as well as new stuff and new plays. Coach Walter is hard on us but it does not bother me. He definitely wants to make sure we are ready for the upcoming AAU season. He wants us to win all of the championships. When that was over, I went to the mall with my mom to get a new coat. After that I did some strength and conditioning stuff with my brother then we headed home. We push each other to go hard during these workouts. After the workout, we went to the movies and then to dinner. In all Sunday was a good day but it would be back to work on Monday with the hopes of another great week.

Posted by www.gthingbasketball.com at 10:10 AM