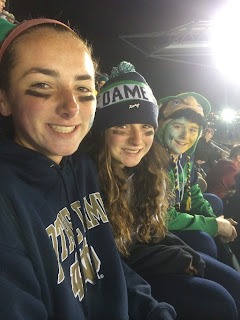 Hello Basketball World, This is Brynn entering my week 7.

Monday: I am still not feeling great after yesterday’s games. My allergies are killing me and both hips and knees are really bruised. All I wanted to do today was go back to bed. Our class schedules are all of this week because some of the grades are taking the PARC exams, so a lot of teachers are not in class and we have substitutes. After school, I just went home, finished up some homework and went to bed.


Tuesday: I joined the YMCA today at the end of our street so I could do some conditioning on my own. I ran on the treadmill for two miles and shot around in my backyard for a little while before dinner. On Tuesdays, my brother has practice before me, so I went with him to work out with Carla and Coach Kevin. Since the gym is crowded, we worked on ball handling and finishing drills. I am really focused on working on better ball control. Then at practice, our team ran our normal plays, did our shooting drills, and then scrimmaged with the older girls.

Wednesday: After school my mom and I went to the mall to get haircuts and pick up a few more things for vacation. I had late practice at Bound Brook tonight. Since the gym is smaller, it’s just us and the older girls at practice, so we run a lot of drills together. Then we split up and mostly just ran our plays for the rest of the practice. Coach Kevin really wants us to work on talking and communicating better during the games. We don’t have games this weekend, but we start the Rose Classic next weekend. I really like to play this tournament and the competition is great.

Thursday: After school I went prom dress shopping with my mom and sister again. Finally, after three stores, she found one. It is a really pretty dress.  We were running later from shopping, but I did get to Franklin a little early to work out with Carla and Coach Kevin before practice. Tonight’s practice was really good, we scrimmaged a lot with the older girls and played hard. Coach Troy is also making us run more since we struggled this past weekend keeping our energy up.
Friday:Today was the last day of our cycle in school. I finished the semester with all A’s and a B in honors biology. I went to Applebee’s with some of my friends for dinner and then came home to watch the UConn Mississippi game with my mom. What an amazing game. Mississippi played so good, especially Morgan Williams, I just can’t believe she is only 5’4”. She reminds me of my teammate Maddy. Watching the game, even though Mississippi was ahead, I just kept thinking UConn was eventually going to go on a run and then pull away. I can’t believe UConn isn’t going to win it all.
Saturday: This morning I trained with Coach Foderingham for a few hours. We worked on 125 made shots, dribbling drills and one on one moves. In between drills I shot free throws and then we finished up with one on two drills. After training I went down to the shore with my sister. We met up with my cousins and some of our friends from the beach. We got dinner and then I had homework to finish up before I could watch the games. I watched some of the Gonzaga game and all of the North Carolina game. I was hoping Gonzaga and Oregon were going to make it to the finals, but Oregon just couldn’t get a foul shot rebound to get them back in the game at the end. I want Gonzaga to win it all now.
Sunday: I had the worst night sleep last night. I let my little cousin Kate sleep over and she snored all night long. I woke her up four times during the night to tell her to stop, but she just kept snoring. Since I was down at the beach, I took a ride with my grandmother to watch my cousin Sean’s basketball tournament since I don’t get to see him play that much. He is on a very good eighth grade team. He won his first game and then went on to win the championship game. When I got home I watched the girl’s championship game. I was rooting for Mississippi, but South Carolina won. The all American from South Carolina really stepped up and played a great game.  I also thought it was crazy that they won the ​game without making a three-point shot. I like to play an inside game too, so it was nice to see a team that also plays that way.
Posted by www.gthingbasketball.com at 5:53 PM