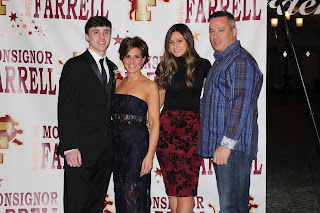 
This week is my last week of school before spring break. In school today we had to finish up some last minute assignments for the end of the quarter. After school I had practice from 5:00 to 6:30. It is our last two weeks if practice before we leave to go to states.


Today I had off from practice, so I came home from school and took a nap. After my nap I went to the gym and put some shots up. When I came home I relaxed with my family and watching our weekly shows. I did some school work that is due later on this week and than I went to bed early.


Today in school was the national walkout to raise awareness and honor the lives of those who died in the Florida school shooting. The walkout happened around 10:00am. It started off as a moment of silence and than 16 minutes of discussion. After school, I had practice from 5:00 to 6:30. We went over out plays and than did some guard/ forward breakdown drills. I went home, ate some dinner, and headed to bed early.


Today we had off from practice. However, after school I had to rush home and get ready for a ceremony for my brother. It is called the Rose Ceremony, and it is where the senior boys honor and thank their mothers by giving them a rose and saying a short speech. It was a really beautiful ceremony and my mom was very happy and touched by the kind words my brother said.


Today was our last day in school and now we are finally on spring break!! After school I had practice from 3:30 to 5:00. All of our practices from now on are to prepare us for states. We scrimmage LUHI tomorrow afternoon in order to prepare. After practice I went home and showered quickly. My three friends picked me up and we went out to eat.


This morning I woke up early and went to the gym and put up some shots. When I came home I got ready to go and headed out to LUHI. Our scrimmage was at 12:30. After the scrimmage I came home and spent the night with my parents.


Today we had off from practice. I went over to my friends house at night and we had a game night with her cousins and a couple of our friends. We played card games and board games. It was a really fun night. I slept at her house that night because we had practice the next day.


Posted by www.gthingbasketball.com at 9:05 AM