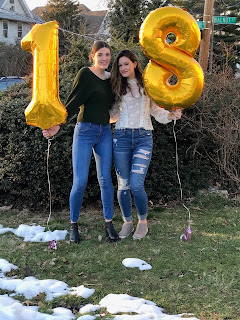 This Is Em checking in with my
week #5 Diary Of A Female baller.

Today I had off from practice, so after school I went to the gym and workout out for about an hour. When I came home I did some practice questions in order to prepare myself for the SAT on Saturday. I watched Friends with my mom after I did some work and than went to bed early.

All day in school today everyone was talking about whether or not we were going to have school tomorrow because of the snow. At the end of the day, around 3:30pm, the head of school made an announcement telling us that school would be closed tomorrow. I stuck around school because I had practice from 5:00 to 6:30. When I went home I hung out with my friend, we stayed in and watched some movies.

This morning, I woke up late. It was nice to be able to sleep in since I did not have school. When I woke up I made myself breakfast and watched some movies. Practice was cancelled today since school was closed. It was a relaxing day and nice to have off before my week becomes crazy.

My mom got a phone call this morning around 5:00am and it was school informing her that school would be closed today because of a power outage. I had my road test today and I was so nervous because I had to take it on the unclear streets. My drivers ed teacher picked me up around 9:30 and I practiced driving until 11:30. We then headed over to the road test site for my 12:00 test. I passed!!!!

Today we sadly returned back to school. I had an anatomy test today, so I spent most of the morning in school studying. After my anatomy test school was pretty calm since we just had two days off. After school we had practice from 3:30 to 5:00. We spent a lot of practice going over our plays and scrimmaging in order to keep ourselves in basketball shape. When I went home I relaxed and got all of my stuff together for my SAT tomorrow. I went to bed early because I knew it was going to be a long day tomorrow.

Thus morning I woke up around 6:45, I had to be at the test site for 7:45, but I could not sleep so I woke up early. My dad dropped me off and I was so nervous. The test ran from 8:30am to about 12:00pm. The test went pretty well, I had just  been hoping and praying that I did well. After the SAT I went home and took a nap. After my nap, my dad and I went to a gym so I could put up a lot of shots. Later on I hung out with two of my very good friends. We got something to eat and then hung out at her house.

This morning I had practice from 9:00 to 11:00. We spent an hour of practice conditioning and than an hour of practice scrimmaging. After practice I went home and ate with my family and watching some movies. Later that night I went to one of my best friend’s house, Liz. Her family was over, celebrating her birthday. We ate and played games, it was a really fun time. When I went home I went straight to bed.

Posted by www.gthingbasketball.com at 7:09 PM