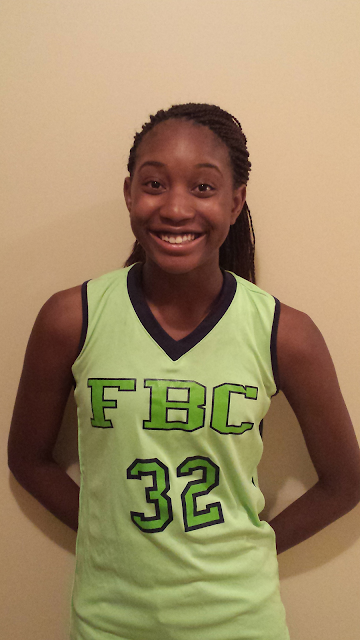 
Gthingbasketball: How was the summer season and what was  your accomplishments ?

Nichel: The summer season was really fun. We (FBC SE Elite - 2017) played our first exposure tournament in July (Fila National) in the top 17- under division and finished 3rd! From that tournament onward, dozens of colleges followed us to the rest of the tournaments in July. We won the 15-under division of the last  tournament we played in versus the NYC Gauchos 2015.

Gthingbasketball: Tell Gthing and the basketball world the places and tournaments your AAU team attended ? What was the toughest competition ?

Nichel: We started out in Atlanta at the Fila Nationals, in then to the Battle in the Boro in Nashville, TN. The 2nd half of July took us to the Battle of Bayou in New Orleans, and then finish at the Garden City Classic in Augusta, SC. By far the toughest competition was at the Fila Nationals, as we played in the top 17- Under division. My team is all 2017, with two 2018's. We fell short at the Boro playing 14U, but finish 2nd in the top 2015 division in New Orleans and won the 2015 division in Augusta, Ga.

Gthingbasketball: What is your current class ranking, in how do you feel about it ?

Nichel: According to All-Star girl's Report, I am currently ranked #4 nationally and was #3 when I was first interview by Gthing. I would like to be higher, but it's all someones opinion. All I can do is continue to work on my game and get stronger and better. In this ranking, I'm still the #2 point guard, so that's a good sign.

Gthingbasketball: Have you received any letters from any colleges and if so from were ?

Gthingbasketball: What high school will you be attending and why ?

Nichel: I will be attending Saint Francis High School, because it provides me with the right balance of great education and great basketball exposure. For education they are a private school that does a great job of preparing you to receive a college education. Their girl's team also won the Class A State Championship last year and over the past couple of years, they've had several girls go to or verbally commit major division 1 schools. Two of my FBC teammates are also going to Saint Francis, so it will be a really nice freshman class.

Gthingbasketball: What position will you be playing and do you think you'll be starting ?

Nichel: I will primarily play shooting guard, but will get time at point. We have 3 great senior guards so most likely won't start. However, we played together all of this past June in high school leagues and I played a lot, so I'll get plenty of time.

CLICK HERE TO READ ARTICLE ON TAMPA AND SOME OF HER GEORGIA FBC TEAMMATES.

Posted by Gthingbasketball at 6:58 PM